Exercise Vs Parkinson’s Disease – Can Working Out Help Lessen the Symptoms of Degenerative Brain Conditions? 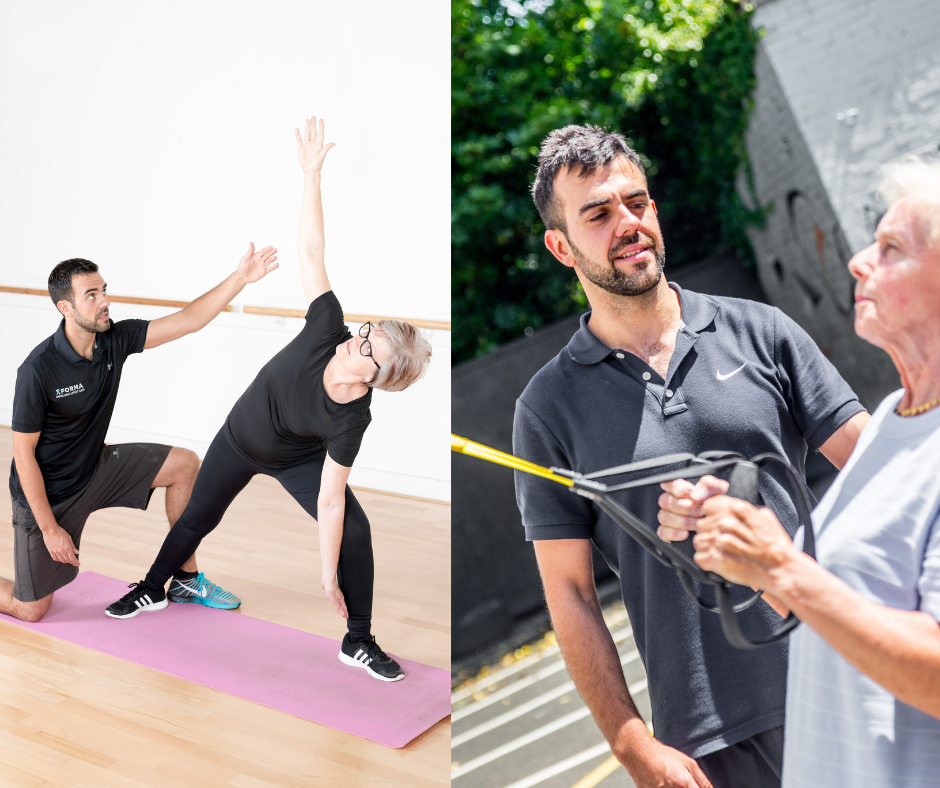 The human brain is a mystery. Science still only has a slight handle on how it truly works. However, studies show that physical activity can help with the onset of conditions such as Parkinson’s disease. And scientists and now investigating how exercise can cause the creation of new neurons, reducing cell death and improving neural connections – preserving vital cognitive functions.

Parkinson’s is a degenerative condition that gradually erodes the nervous system, impacting activities, muscle tone and movements.  Parkinson’s is in fact more common in men than women- possibly the protective effect of female hormones until the menopause and around 150,000 people in the UK are affected by Parkinson’s, or around 1 in every 5,000 people.

The impact of Parkinson’s Disease

Some of the most famous sufferers include Michael J Fox, Ian Holm and Neil Diamond. But what do those stuck by this condition have to go through on a daily basis?

Many people with Parkinson’s do not have their condition diagnosed until the loss of neurons has become significant enough to diminish an individual’s fine motor control and muscle tone. The symptoms of PD do not show until more than 70% of the dopamine producing cells in the brain have already died. There is no way of renewing those cells at present. The drugs prescribed to alleviate the symptoms are not a complete answer either!

Some of the other symptoms include:

What are the benefits of proper physical exercise for those with Parkinson’s disease?

One of the biggest benefits is improving mobility and promoting activities associated with daily life by increasing muscle strength, giving sufferers the independence that’s necessary for retaining a sense of self. Some of the other key areas that require attention include:

All these key activities have to be worked out in accordance with each individual patient’s needs. And there may be additional factors that can help promote movement and adherence to programmes, such as music and dance, as well as group classes (when these are available)

Physical activity is essential in improving everyone’s quality of life, regardless of their health and well-being, but especially so in those suffering from Parkinson’s Disease. It has a proven power to increase their quality of life in the most direct and dynamic way possible, using powerful motivating exercise routines that can be targeted at the specific support needed by sufferers.

So that’s the theory… What about the reality?

At EMS Fitness we’ve been working with two elderly ladies with Parkinson’s disease. Although if you met them you wouldn’t know it. Neither is the type to take a challenge lying down and they have become some of the hardest working members of the gym.

This is coming straight from the heart of me, Kieron (remember me fromfrom Raiders of the Lost Kilo?). I’ve been writing for EMS Fitness for four years now and in 2019 I became seriously involved in the HIIT classes and bootcamps where I met Anastasia.

She is a force of nature. Often she would put many of us to shame with her dedication and although she wasn’t throwing around the big lumps of iron like some of us – she never let down the rep count and kept on slogging away.

I was diagnosed in January 2009 by Dr Trevor Pickersgill Consultant Neurologist. Diagnosis: Unclear/possible Parkinson’s Disease.
I didn’t start medication for another year. I continued to use the GYM six days a week. I have always exercised most of my life and taken part in games or and competitions. Squash was /is a very fast game. It takes a lot of concentration during the game. Of course, all the training leading up to games.
Parkinson’s is a progressive disease and no cure, but exercise is a way of slowing down the disease. The endorphin rush after any exercise is a medicine worth the effort put into the physical activity.
Of course, having personal trainer who actually understands PD is very important.

Jenny on the other hand is the endless river of enthusiasm. Back when the gym was open, she used to be so keen that she would jump on the machines even before Xavi had told her to get working.

I was 57 years old when diagnosed with Parkinson’s Disease (PD). That was over 8 years ago now! Make no mistake, PD is no ‘walk in the park’. It is a devastating condition, progressive and degenerative. For me there have been two elements to coping with it. A complicated and ever-changing drug regime and equally important, a rigorous personal exercise programme. It is true that each person with PD has a different experience with the condition. All those years ago it was almost impossible to find any quality information about Exercise and Parkinson’s. The advice then was to go easy, get up slowly (so you don’t fall over) and not to overdo it! Not so now. A complete change.

The mantra now for those recently diagnosed with PD might well be: ‘Exercise like there is no tomorrow and keep taking the tablets!’

Xavi has been my Personal Trainer now for 7 Years and what a learning curve it has been! Fairly quickly I realized that my motivation (or lack of it) would prevent me from getting the most out of my fitness training and that I needed an expert to plan and deliver a tailor-made exercise programme. Xavi’s individual programme has concentrated on maintaining my flexibility, balance, strength and stamina. The results have been impressive and the progression of my PD has been slow.

Evidence has now proven that People with Parkinson’s quality of life is improved with exercise. The drugs treat the symptoms but only exercise slows the progress of PD! For me I still say, ‘I have got Parkinson’s Disease but it hasn’t (yet) got me! Thank you Xavi and EMS Fitness…….

Both women have been a real inspiration to many members of EMS fitness. They always show up, work amazingly hard and never complain. A shining example to all of us.

And believe it or not I was today years old when I found out they both had Parkinson’s.

I would have never guessed.

If you are looking for a sensitive and attentive trainer to support you or a loved one with the symptoms of Parkinson’s disease then make EMS Fitness your next call. We have a proven track record working of providing impactful programmes that are delivered with the appropriate care. Give us a call or an email today.